You are here: Home1 > Blog2 > Financial Planning3 > One Month In 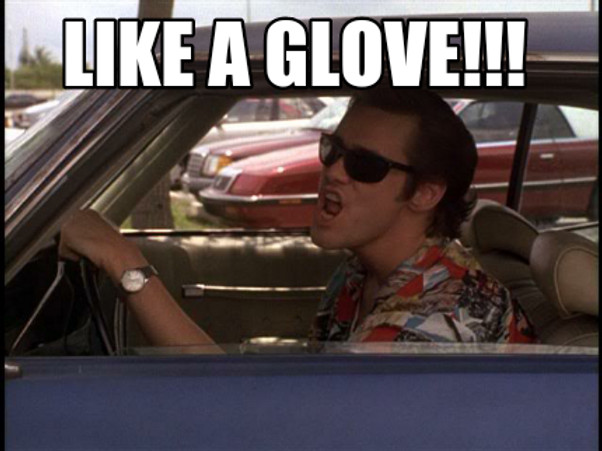 And so far Woz Cap fits

It doesn’t matter how much you think and plan for something, there’s always something that’s going to make the actual experience different than the one you anticipated.

Imagine trying to learn to swim by reading a book. Or try explaining to someone what it feels like to plunge you hand into a tub of warm swirling water. While you know instantly what that sensation feels like, it is nearly impossible to describe with words.

So as much as you think you’ve planned for retirement, sending a child off to college, buying a beach house, or starting a new career, you can have your expectations and your plans, but

“Everyone has a plan: until they get punched in the face.” – Mike Tyson

In the world of finance, people often try to model things algorithm’s. This is because they believe that an algorithm will provide the answers.

The problem with this is that we don’t live in a coin toss world. What I mean by that is that if you toss coins enough times, the number of heads vs tails will arrive at the average of anyone and everyone else that has ever tossed coins.

It doesn’t matter if you begin today, next week, or five years from now. The outcomes will always eventually come out to the average.

We don’t live in that world. Instead, we live in a world in which the decisions made by people today will influence the outcomes of those in the future, whether you know it or not. You have no control of that, and you can’t even influence it the slightest little bit – and as a recovering control enthusiast that was a hard lesson to accept.

This is why I can say without question that our experiences will be different from those that have come before us and those that will follow. So, how do you handle that?

“At some point, everything’s going to go south on you. You’re going to say, ‘This is it. This is how I end.’ Now you can accept that, or you can get to work.” – Mark Watney, The Martian

Thank goodness I was never stuck on Mars.

What I like about Mark’s quote is that he’s acknowledging that things are not going to go as planned. If you start with that, it can really help with your emotions when things deviate from your plan.

Sean Webb wrote about the Equation of Emotion in his book “Mind Hacking Happiness”. This is a pretty elegant equation.

The ∆ is just the difference between your expectation or preference vs. your perception of what’s going on, and your emotional response is the result – see, elegant.

So, if after several weeks of watching what I eat and working out diligently I expect that I will have lost weight. When I hop on the scale and find out that I haven’t lost weight (or as much as I would have hoped), I have a negative emotional response.

On the other hand, if I dropped a lot of weight, I might have a positive emotional response.

This equation is important in all areas of life, because like Mark Watney, if you expect that something’s going to go wrong at some point, it won’t have the same impact.

So, being upset makes you less smart, and solving problems is hard enough without having to do it with fewer IQ points.

We are all going to experience things in our lives that we didn’t expect. It’s easy to be lulled into thinking that things won’t change or deviate from our plans.

Unfortunately, the only constant in life is change, and the only thing that makes you resilient is your ability to adapt to that change.

If you set yourself up in advance for the inevitability of change, you will be prepared to handle whatever life throws at you.

Commission (the “SEC”) located in Beachwood, Ohio. Wozny Capital Advisors, LLC operates as a DBA branch of Stratos Wealth Advisors, LLC. More information regarding Stratos may be found at www.stratoswealthadvisors.com. Registration with the SEC does not imply a certain level of skill or training. Public information concerning Stratos Wealth Advisors is available at https://www.adviserinfo.sec.gov. A copy of the Stratos’ current written disclosure Brochure discussing our advisory services and fees continues to remain available upon request and/or on this website at www.stratoswealthadvisors.com.

Stratos may only transact business in those states in which it is registered or qualifies for an exemption or exclusion from registration requirements. Stratos’ web site is limited to the dissemination of general information pertaining to its advisory services, together with access to additional investment-related information, publications, and links. Accordingly, the publication of Stratos’s website on the Internet should not be construed by any consumer and/or prospective client as Stratos’ solicitation to effect, or attempt to effect transactions in securities, or the rendering of personalized investment advice for compensation, over the Internet. Any subsequent, direct communication by Stratos with a prospective client shall be conducted by a representative that is either registered or qualifies for an exemption or exclusion from registration in the state where the prospective client resides. A copy of Stratos’ current written disclosure Brochure discussing Stratos business operations, services, and fees is available from Stratos upon written request. Stratos does not make any representations or warranties as to the accuracy, timeliness, suitability, completeness, or relevance of any information prepared by any unaffiliated third party, whether linked to Stratos’ web site or incorporated herein, and takes no responsibility therefore. All such information is provided solely for convenience purposes only and all users thereof should be guided accordingly.

Information presented on this site is for informational purposes only and does not intend to make an offer or solicitation for the sale or purchase of any product or security. Investments involve risk and unless otherwise stated, are not guaranteed. Be sure to first consult with a qualified financial advisor and/or tax professional before implementing any strategy discussed here. When you link to any of the websites provided here, you are leaving this website. The information and opinions contained in any of the material requested from this website are provided by third parties as well. They are for informational purposes only and are not a solicitation to buy or sell any product mentioned. We make no representation as to the completeness or accuracy of the information provided by these third party websites or third party materials.

Please remember that different types of investments involve varying degrees of risk, and there can be no assurance that the future performance of any specific investment or investment strategy (including those undertaken or recommended by Stratos Wealth Advisors, LLC), will be profitable or equal any historical performance level(s).

Certain portions of Stratos’ web site (i.e. newsletters, articles, commentaries, etc.) may contain a discussion of, and/or provide access to, Stratos (and those of other investment and non-investment professionals) positions and/or recommendations as of a specific prior date. Due to various factors, including changing market conditions, such discussion may no longer be reflective of current position(s) and/or recommendation(s). Moreover, no client or prospective client should assume that any such discussion serves as the receipt of, or a substitute for, personalized advice from Stratos, or from any other investment professional. Stratos Wealth Advisors, LLC is neither an attorney nor an accountant, and no portion of the web site content should be interpreted as legal, accounting or tax advice.

Each client and prospective client agrees, as a condition precedent to his/her/its access to Stratos’ web site, to release and hold harmless Stratos, its officers, directors, owners, employees and agents from any and all adverse consequences resulting from any of his/her/its actions and/or omissions which are independent of his/her/its receipt of personalized individual advice from Stratos.